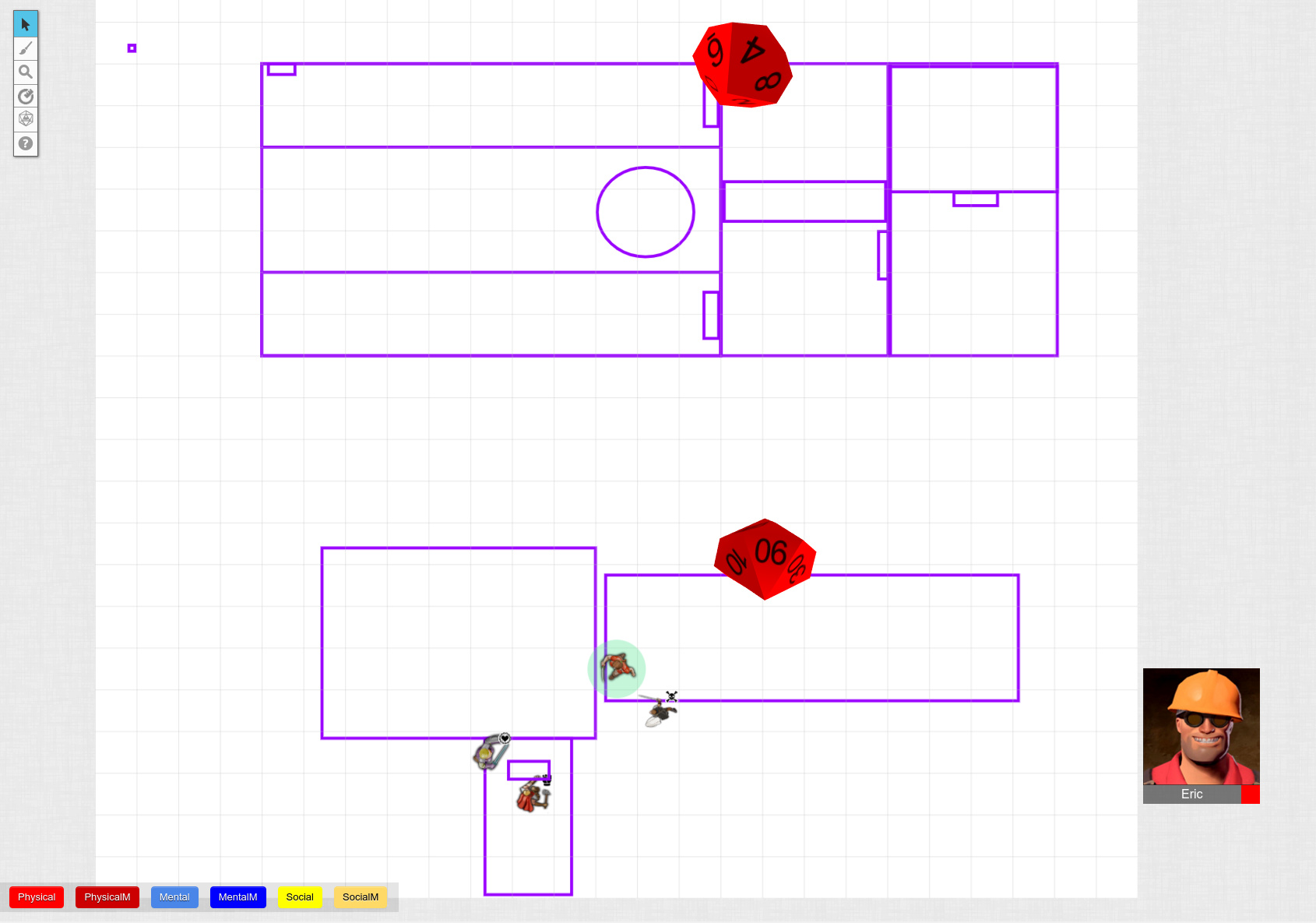 With the lockdown in full swing, my friends and I have returned to playing RPGs. We have done mash-ups over the years, where everyone suggests a couple of genres and a location; and we randomly choose two genres and run that combination in a randomly-chosen location. It makes for some interesting combinations — gothic horror exploration of a haunted asteroid? eighties coming-of-age action on a Viking ship? — and some fun gameplay. But I’m not here to tell you how to do that.

We decided to use Roll20 to host the experience. It’s a powerful VTT (virtual tabletop) with lots of features for running games way more complex than our simple one-shot mash-ups. But it takes some getting used to, so here are a few thing we’ve done for running our game.

In the Settings tab (tabs are in the top-right), turn off “Enabled background chat beep”. We also disabled all the Video and Audio chat as we are using mumble for voice comms. We may use it for video, or we may join the entire rest of the world, who are using Zoom en masse during lockdown.

For Macros, we set up a few. Our system uses “roll under for success” with d100s. So for example, my character’s Mental roll macro would look like:

There is a way to automatically use the selected token, using selected instead of the character name, but we couldn’t get the ‘selected’ to work. This will at least pull in the stat on the character sheet (in this case, Mental) and show how far under the target it was rolled. This is needed in our system, but if you just want pass/fail, you can use the <? modifier just outside the curly braces.

You can get fancier and do decorations, more explanatory text etc but we set up the macros as we played, so it was done for expediency. We also set one up where a roll modifier can be assigned for rolls which are made more difficult/easy:

which prompts for the value.

Since we have three stats, my macros ended up looking like this.

Another small thing that we found helps people remember who everyone is to set a display name, and change the (Send) As: in chat to your player character. This is a slight corruption of the display name feature, the setting help text for which says it is for your out-of-character name. But we all know who each other’s ‘real’ names are, so a reminder of characters is welcome. You can see me as Eric in the lower-right corner of the following:

The game area is sketched in purple, with player and NPC tokens in the lower corner. We used the 3d dice too as it feels more like rolling real dice! I gave my token a small aura so I could quickly visually identify who I am.

Clicking on the token gives options to set values (which can be used with macros) which I used to track wounds. Setting token orientation and role-playing which way they would face in reaction to events happening outside of a battle context helped with immersion! I also used the small indicators to indicate what weapon/item I was wielding.

Lastly, even thought it was a one-shot session, we wrote short bios for our characters, mostly for each-other’s amusement — at least that’s how I wrote mine! — but it did help with role-playing and giving hooks we could use in the story.

We had lots of fun with this, hope y’all do too!