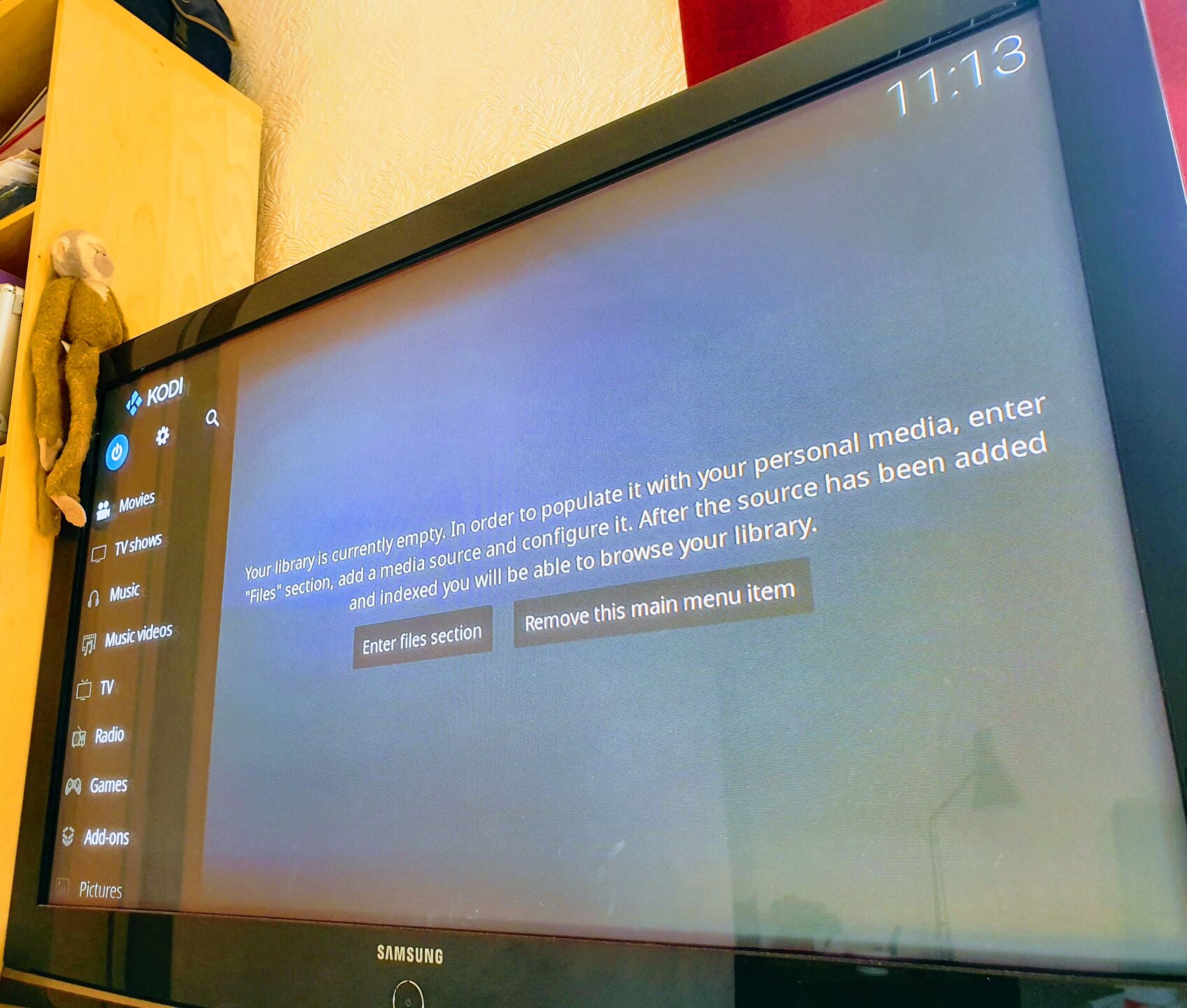 Now make it do stuff

In our quest for an HTPC, we previously talked about installing Arch Linux on the Wyse 3040 back in Part 1. Now that we have a functional system that we can boot, we can proceed with making it actually play media.

First, it’s worthwhile enabling hardware acceleration of video playback. For modern systems this is optional, though recommended, as they have enough processing headroom to handle video playback in software without difficulty, by and large.

However, the Wyse 3040 has a tiny Atom x5-Z8350, which means it’ll struggle with video playback, so this is a necessary step.

The Arch Wiki has a useful page on hardware video playback, but the short version is that we are looking for the libva-intel-driver package to run the HD Graphics integrated GPU. While we’re at it, it’s worth verifying what we’ve installed, for which you’ll need some kind of display running:

For these I started a display using Kodi or Chrome (described below) and used the $DISPLAY environment variable; though both vainfo and vdpauinfo support the --display argument.

The giants of media library software are Plex and Kodi. I use the latter. If all you are planning on using the HTPC for is Kodi, it may be worth considering the Kodi standalone service package provided in AUR. I used this for initial tests. Install using your favourite AUR manager; if you’re looking for a recommendation, I use trizen.

Note: Thanks to Bob for links and guidance in getting this working.

While there are a few packages that provide a Netflix experience under Arch, I went the browser route. While I normally use Chromium, the open source version of Chrome, I was under the impression that the latter was the best option for Netflix in Linux due to DRM and such. Sadly, it appears Google have no intention of bringing hardware acceleration to Linux, so after toying with Chrome I went with Chromium, which does have hardware acceleration in Linux!

Firefox hardware acceleration may work instead, but it requires a nightly version and Wayland.

For this hardware acceleration needs to be forced on in Chromium (which means not having Wayland). This requires a vaapi-enabled version of Chromium, available from AUR as chromium-vaapi.

Since compiling Chromium on a weak Intel Atom with a piddling amount of storage and RAM takes roughly an eternity plus-or-minus an eon or two, you can install the version from the archlinuxcn repo. Caution: I have not verified that version, so I cannot vouch for its safety! That said, you can add that repo to your pacman repo list, or grab the package from the package list.

Once installed you can start chromium-vaapi from the command line with xinit, add it to .xinitrc for use with startx, or create a service for it as below.

Since Kodi came as a standalone service, we can repurpose the systemd service file:

The part the actually gets executed to run Kodi is ExecStart=/usr/bin/xinit /usr/bin/kodi-standalone -- :0 -nolisten tcp vt1. The rest concerns when it should be run and as which user.

To run this, I created a file in /etc/sudoers.d specifying that I should be able to execute specific service-related commands without a password prompt:

If the correct driver isn’t loading, you can specify one using $LIBVA_DRIVER_NAME:

Chromium / Chrome only appears in half of the screen

This happened when running Chromium standalone. Fortunately there is a solution:

“I edited .config/chromium/Default/Preferences and explicitly set the window size”

This goes in the browser attribute. For my 720p plasma TV from when Adam was a boy, I used:

I don’t get any audio from Kodi

Kodi managed its own audio just fine without ALSA or pulseaudio, but I had to configure it in system settings.

I don’t get any audio from Chromium